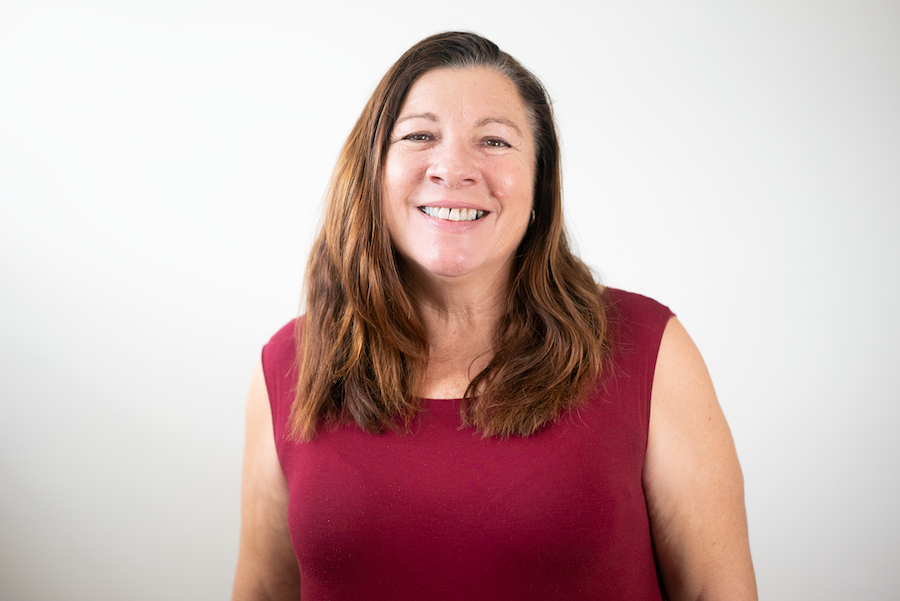 It’s International Women’s Day (8 March) and we’re sharing messages from the perspectives of our team, including our female leaders.

This is Vikki's story...

It can be frustrating to see the valuable experience of older members of the workforce dismissed in the modern job market.

At the age of 54 I found myself pursuing a change in career for the first time in over 20 years and discovered the struggle and uncertainty that faces a woman in her fifties.

Today I have a role at The Social Deck that fulfils and challenges me, with a company that I love. As Partnerships and Outreach Manager, my leadership skills and experience are being well utilised and there’s never a dull day.

But I was shocked by how hard it was for a woman in her fifties, like me, to get into the workforce, and I believe luck played a big part in me coming out the other side.

It’s why we believe in the International Women’s Day’s MISSION: To forge inclusive work cultures where women's careers thrive and achievements are celebrated.‍

Unfortunately, my story is one that mirrors many others like me – former leaders in the workforce, highly skilled, highly motivated women…in their 50s.

I was a career public servant in Canberra. Like others, I’d not yet dared to bust out of the mould and leave the security of my comfortable public service job and life in the ACT ‘burbs. In another 11 years I could retire comfortably on my Commonwealth Superannuation. I’d have faithfully served the people of Australia for 35 years and had worked my way up the Federal Government hierarchy into a Senior Executive role.

But then an opportunity presented itself. My husband and I decided to go ‘all in’ and pack up the daughter, dogs and a lot of great memories to make the move to Queensland.

I‘d previously lived another life in Queensland, a long time ago. I transferred to the Brisbane office of my employer, and my husband found a role on the Sunshine Coast. Our 12-year-old daughter, Canberra born and raised, started high school in warmer climes. Everything fell into place. We waved goodbye to my eldest daughter and my son, both living independent lives, and plunged headfirst into an adventure.

On starting my role in Brisbane, I noticed some differences in the workplace culture¬—a key difference being that I was one of only three women at the Executive level.

For the first time in my career I started to experience misogyny and bullying in the workplace. While I persevered for a number of years, this was to the detriment of my mental health. Finally, I decided to resign.

Never before had I seriously contemplated leaving my job. It was very daunting but once I’d made the decision, I became comfortable with it and was looking forward to trying something different.

With my years of experience in management, leadership and engagement and as an intelligent, mature, great communicator, I figured I’d be a much sought-after commodity for the right organisation. Right?

But this wasn’t the case.

I started to look for a new job. I registered with SEEK and Indeed, subscribed to job alerts from every company I could think of and called on all my networks.

In today’s modern job market the fact that I’d remained loyal and within the same organisation as a public servant for many years was a drawback for some employers. I was perceived as inflexible and stodgy, relics of a workforce that is a little behind the times or averse to risk.

Added to this, I was a female, and now in my mid-fifties.

I had anxiety from previous experiences and was a bit overweight. My once lustrous, thick hair was greying and wrinkles had invaded my face.  I had joined the ranks of the totally invisible!

Despite my efforts, I wasn’t getting a look in on jobs that I would have expected to be a shoe in for. After countless applications and even a few good interviews, I was having no success in securing a new role. I began to believe that I’d be forced into early retirement.

I was overwhelmed by a sense of worthlessness and my anxiety worsened. It was beginning to look like my working life was over.

As so often happens in life, fate and a chance conversation with my eldest daughter brought a new opportunity.  She put me in touch with The Social Deck. She knew they were busy and that I had skills they could use.

I started working for The Social Deck just before I turned 55.

Over the past 18 months in this role, I have spent time meeting with, listening to and recording the voices of people with disability, Australians from diverse cultural backgrounds, bushfire victims and my brothers, sisters, aunties and uncles from the indigenous community.

Not only did I have a new job, but it was one with purpose that I could be proud of. Being able to help give the community, especially those from diverse and disadvantaged groups, a voice in creating and shaping public policy is not only gratifying, but satisfying.

The Social Deck directors saw the value I could bring to the company. My long-standing experience in government and skills in project management were an asset. My age, gender, culture and all the different things that make me, me, would be utilised and leveraged, rather than dismissed.

It showed me, and I hope it can show other women in a similar situation, that we’re not only worth employing, we have immense value to add!

I have knowledge that can help influence the important work we do, and the experience over my many years to make sure that our work considers lots of different perspectives.

I don’t have any great revelations about how to get a role like this. It was the Directors at The Social Deck who trusted I could bring something to the business they would find valuable, without concern for my age, gender or any other factor.

So this International Women’s Day I wanted to reflect on the importance and willingness of employers to be open and consider the benefits that a strong, inspired mature age woman, like me, might bring to business and to recognise the value of our experiences.

And I encourage any mature age woman, or man, to go after the roles you are passionate about and know you can add value to. 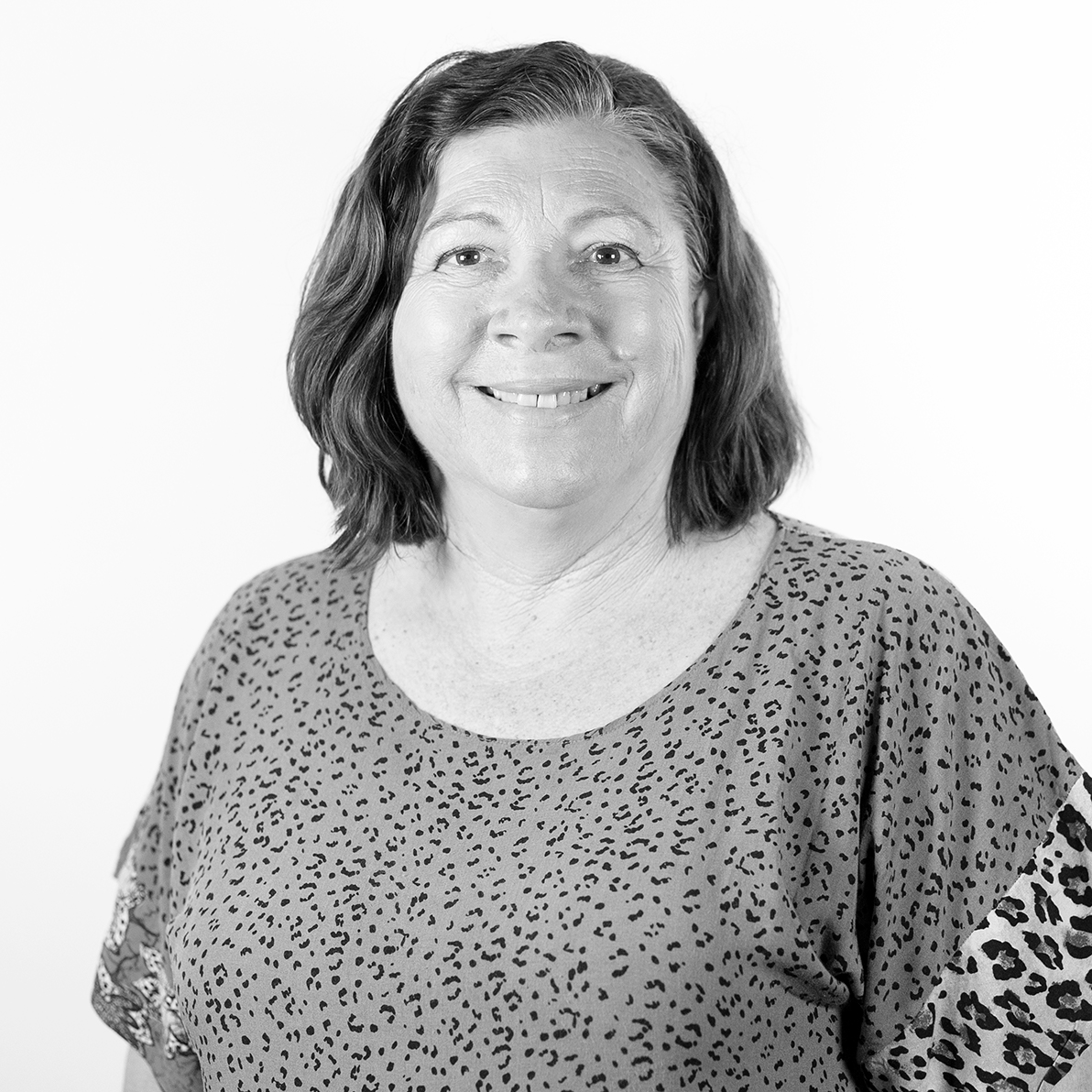