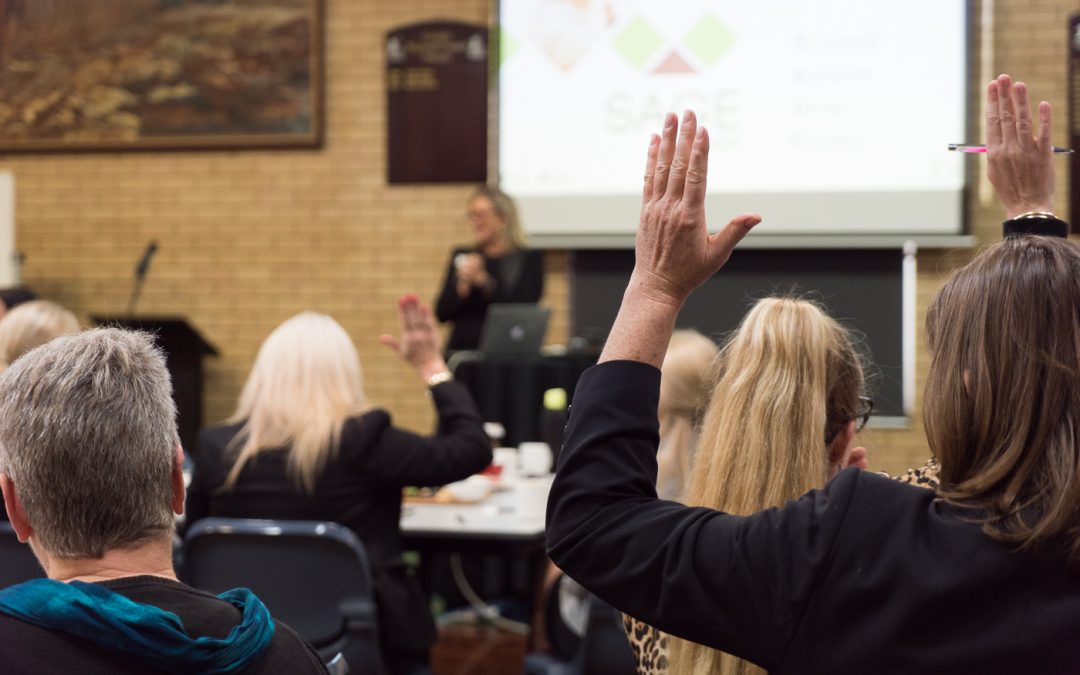 I was honoured to give a keynote at the Change 2018 conference organised by Social Marketing @Griffith (part of the Griffith University Business School). The fantastic two-day event brought together people working to create positive impact through social marketing, behaviour change projects and place-based collaborations.

I’ve included an edited version of my talk below and would love to hear what you think!

As practitioners working in the field of social marketing or behaviour change most of us are highly aware of the cognitive biases that influence behaviour – and most importantly those biases that can be utilised to enable positive change.

But, how often do we ask ourselves how our own irrationalities affect the way we understand and apply ourselves to our work?

In my experience, a constant challenge is being aware of our own perceptions and biases that creep in to frame the way we tackle problems and come up with solutions, even with the best intentions and experience.

Although it can happen at any stage of a project or campaign, I’ve found that the most negative effects result when it’s not called out early enough in the process. The worst outcome of all is to solve for a problem that doesn’t exist or to unintentionally make the problem worse.

But one of the key things we’ve learned is that asking the ‘right’ questions to define, frame and test issues at the start can result in different strategies to tackle problems, and vastly affect the outcomes of our projects.

At The Social Deck, we apply three key principles most commonly associated with ‘design thinking’ at the start of our behaviour change strategies: defining the problem well, reframing the problem or challenge, and testing our assumptions in the field.

The most important question to ask at the start of any change project is – are we solving the right problem?

Does it really exist for people who are affected? Does this particular issue really matter to the community or the target audience? Is the problem statement really appropriate for the context?

An example from our recent work that has really brought this home was a project to encourage the uptake of rooftop solar by businesses in Noosa. We were asked to consider how a social marketing campaign might influence more commercial businesses to install solar on their roofs by increasing awareness, changing attitudes and ultimately changing behaviour.

We know that electricity is a significant cost for Noosa businesses, but the take-up rate for commercial rooftop solar is only 5% – compared to around 40% for residential buildings. However, the research shows a clear business case for rooftop solar – with payback periods of less than 5 years but lifespans of more than 20 years, and other incentives available.

We just needed to get the word out about those benefits… right?!

Wrong. Before designing the strategy, further primary research started to draw out inconsistencies in the problem definition. We used the ‘5 whys’ method to get to the roots of the issue and better define and refine the problem.

When we explored the problem further, we recognised that a key issue was that the cost of electricity wasn’t a motivator for the property owners. This is because many businesses are only leaseholders who pay the power bills but don’t have the ability to make decisions about power infrastructure and investment. And there was no financial motivation to invest in solar for landlords since they weren’t the ones paying the bills!

While there are environmental motivators for some landlords, marketing doesn’t work effectively to convince the majority of owners to invest in rooftop solar, when it’s their tenants that benefit from lower electricity costs. So while a behaviour change marketing campaign might influence their attitudes to solar, we understood that a larger problem is that landlords couldn’t be influenced by economic benefits to take action.

The commercial solar uptake problem needed to be redefined and reframed – requiring a completely different solution than expected.

Although it’s easy to talk about, in practice we find it’s hard for teams working on problems to reframe them, because challenging the pre-set frames in our minds is uncomfortable.

Some methods that help us to practice reframing are to:

It’s also critical to listen to the experiences of people to understand their different stories, perspectives, pains and gains; what they think the real problem is. This can help to challenge our frames of reference.

To illustrate this, when we worked with an Aboriginal Community-Controlled Health Organisation on a campaign to prevent more young people from taking up smoking, we found that framing the problem in the negative like many other anti-smoking campaigns wouldn’t work with our intended audience. Tactics like graphic images on cigarette packets were not a deterrent to young people (quite the opposite!). And everyone with teenagers knows if you tell them to do something they’re likely to do the exact opposite…

Instead, we looked at other methods and spoke to some young people about the way they would talk to each other about smoking… and found that rather than focusing on the negatives, they were more keen on talking about their own goals, and how smoking might prevent those.

We turned the messaging from negative to positive by focusing on the dreams and aspirations that came from young people themselves, rather than prescribing what they should think and feel about smoking.

Another example was a local community-based behaviour change campaign to prevent illegal dumping. Instead of focussing negatively on individuals behaving badly, we reframed the problem to: “how might we encourage people to respect the environment and make better decisions about their waste?”.

The campaign positively galvanised the community around stewardship of the forest environment that was the target of the dumping. It meant changing community perceptions of the forest as a dumping ground to inspiring pride in it by involving local people in reactivating the area, improving the environment and reporting the dumping.

We used humorous messages and a cute wombat mascot to grab attention, while still communicating the negative consequences of dumping. The multi-pronged community-based strategy involved a variety of local authorities and community groups to disseminate information and create opportunities for people to dump their waste more responsibly.

One of the key things underpinning all of this is the ability to expose and examine underlying assumptions – both our own and those inherent in the system.

This requires real engagement with people who know what’s going on. It’s vital to test the framing and assumptions inherent in the problem – not just ideas for solutions – with real people.

We’ve learned we have to get out of the office to test assumptions at an early stage and then throughout our projects every time something is reframed or needs to be questioned. By engaging informally with real people, we’ve had many ‘surprised to find’ moments.

But we also need to be careful because we know that people’s stated preferences are often different from their revealed preferences. And something that’s often overlooked is the fact that many people don’t want things to change or don’t see the value in it for them, even if you do.

We gain the best insights when we concentrate on listening carefully, gently questioning from different angles and noting and following up on clues and frustrations that aren’t necessarily what people are explicitly saying. We try to go to informal settings where people are already hanging out, rather than asking people to come to less comfortable, inconvenient locations. And observing body language, taking photos/video or asking people to record their own photo journals (where appropriate), can also be really helpful.

When we were conducting the exploration phase on the illegal dumping project, we gained some really surprising insights from questioning people’s motivations a little deeper. While we knew that one of the key barriers for people disposing of waste properly was cost at the tip, we were surprised to find that people consistently overestimated the price – sometimes up to three times the actual cost, while not realising that many of the things they were looking to dump could be taken there for free – like green waste, white goods and electronics. We understood there was a communication (and consistency of information) issue affecting the dumping.

Another assumption was that one of the ‘personas’ of people dumping waste in the forest were tradies, due to the amount of work gear dumped. However, after examining pictures of the waste, showing them to tradies and chatting to them, we understood that much of the ‘tradie waste’ came about because quite a few vehicles were stolen and the unwanted materials dumped in the forest. It wasn’t tradies themselves dumping at all.

Wrong assumptions are particularly easy to make about audiences that are different from us. During a recent environmental education project, we assumed that school students would like to engage with the information digitally via an app or game. We were surprised to find that instead, the majority of students were more keen to engage hands-on with materials and excursions out in the real world. They wanted something interactive, but not necessarily digital; after all, they could get a higher quality digital experience at home on a game of their choice.

To sum up, I want to acknowledge that testing the nature of problems is not always easy in the current climate, which values execution over problem definition – with a strong bias towards doing rather than thinking. People who ‘get shit done’ (implement/execute/ship) are often seen as stars while someone who keeps asking the difficult questions is regarded as a procrastinator, a contrarian, even a pain in the arse.

But, consider this: Einstein spent nearly all his time thinking and not much at all doing. Yet he might have been one of the most successful humans in terms of creating lasting impact. And he deliberately made the time for insight, contemplation and experimentation.

So I’d ask you to reflect on that next time you feel pressured into jumping to solutions and implementation before really contemplating the challenge from all angles – be like Einstein.

If we can help you to ask the right questions on your behaviour change project, get in touch with me at mel@thesocialdeck.com