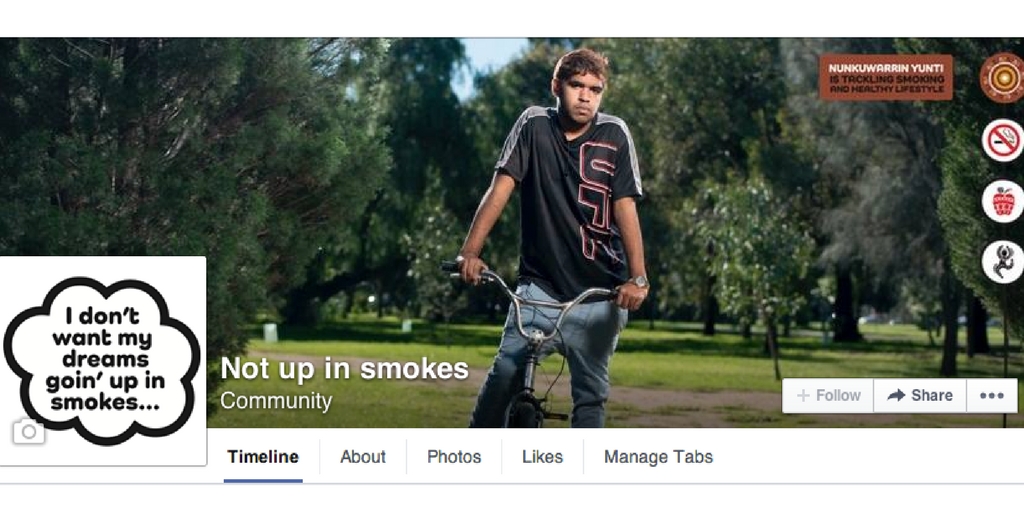 We have recently been involved in designing a social marketing campaign to help prevent the uptake of smoking by young Aboriginal people in Adelaide. It has been an excellent opportunity to work with our partners Winangali for local Aboriginal organisation – Nunkuwarrin Yunti of South Australia – who are doing great work bringing positive change for healthy lifestyles to their community.

During the research phase, we came across a number of interesting studies that helped us to understand the influences and uncover insights that informed the design of the campaign strategy. The literature also highlighted some of the challenges and opportunities facing behaviour change campaigns for young people.

What is Social Marketing?

The concept of social marketing is often confused with ‘social media marketing’, i.e. using social media as a tool to get messages out to an audience on social media.

When we use the term social marketing, it relates to using marketing strategies and concepts, backed up by research, to influence behaviours that benefit individuals and communities for social good (not to say that social media can’t be used as part of this).

The idea is that the savvy (and scientific) techniques used by marketers to get you to buy their product can instead be used to support and enable people to make better choices for themselves – contributing to broader social, health and environmental outcomes.

Public awareness campaigns are an essential tool to communicate important messages to a broad audience that can change attitudes and behaviours.

In the case of smoking there has been enormous success in Australia and worldwide in reducing smoking rates using large-scale anti-smoking awareness campaigns, along with policy initiatives like restricting cigarette brand advertising and the act of smoking in public and common places. All of these strategies have succeeded by denormalising smoking in society in general.

These government-led anti-smoking initiatives and campaigns in Australia have been very successful at changing behaviours of the general population, with daily smoking rates declining at a steady rate from around 35% in 1980 to 15.1% in 2010.

However, they have been much less effective in reducing the rate of smoking among Australia’s Indigenous population. Smoking rates have declined in recent years (from 2002 to 2012 dropping from 49% to 41%), but the rate still remains at approximately two and a half times that of non-Indigenous people. Statistics also show that Indigenous kids take up smoking at an earlier age than non-Indigenous, and that over 60% of Indigenous households contain at least one smoker.

It is clear that a different approach is needed and as Kate explained in an earlier blog post, segmenting your audience is key. By targeting communication specifically to the segmented audience, messages that particularly resonate with that group can be used to the greatest effect to produce change. Thus, in our research we were able to focus in on smoking behaviours for young Aboriginal people.

Social Norms (people like to do what other people do)

Social norms are a huge influence on the behaviour of people in general, but young people (especially in the teen years) are particularly susceptible to societal pressure as they are in a more vulnerable and changeable state.

Adolescent brains are still forming, and one of the main parts of the brain that is actively changing is the pre-frontal cortex. This area of the brain is vitally important to reasoning, decision making, the ability to focus and resist impulses.

Add to this the societal pressures of adolescence; most teens have a strong desire to fit in with friends, are testing the boundaries and limits of themselves and others, are exploring behaviours that are experimental or even just offsetting boredom.

One of the young people interviewed for the campaign said he often went to the gym at lunch time so that he didn’t have to feel the pressure to hang out with people who were smoking.

Another thing that we had to be mindful of in the design of the campaign, is that in our eagerness to highlight the issue, we run the risk that the messages emphasise the prevalence of smoking in the community, which therefore reinforces smoking as a normal thing to do. This paper implies that there may be harmful effects on youth exposed to anti-tobacco mass media advertising that is directed at adults or parents, reinforcing the social norm that lots of adults are smoking.

The depletion effect (people only have so much will power)

We know that Aboriginal people and young people can also be coping with increased rates of stress and/or depression. Often, people think that smoking will help them cope better with stress. But the stress itself has a knock-on effect when it comes to the ability of people to resist pressure to engage in risky behaviours, due to what psychologists call ‘the depletion effect’.

Studies show that people have limited mental resources for self-control, so with increasing stress and impulses to manage, their capacity to resist peer pressure (to smoke) is depleted.

Research also indicates that young people are not as worried about the long-term health effects of smoking, as they see these effects as being too far away to matter to the behavior they’re engaging in right now.

This is partly due to the ‘valance effect’ – a common attributional bias that causes people to overestimate the likelihood of good things happening to themselves than bad. It’s a psychological defense, but can have an impact on whether people feel the need to change a behavior to mitigate the possibility of the negative effect.

And so even though it is widely known that smoking is bad for you, smokers still tend to underestimate the risks to them personally. This mindset is even more prevalent among young people where the threats are perceived to be much further down the track.

Tara Budarick, an inspirational young teacher in Adelaide who we interviewed as part of the campaign says:

Young people are surrounded with information as to why smoking is bad for them, yet they continue to smoke due to peer pressure and the perception that smoking will make them cool. It doesn’t…

(In classroom discussions) the smokers struggle to come up with reasons as to why they gave in and started smoking, and the non-smokers can’t believe that their peers take up smoking after all that we learn about it”.

In the design of the campaign, we wanted to use strategies that encouraged non-smoking behaviours and discourage smoking behaviours. The first step was to identify the barriers and benefits to the behavior that we want to encourage, using published research, surveys and case studies. Then, we select social marketing tools that help to decrease the barriers and increase the benefits. This needed to be specific to our target audience – young Aboriginal people. We found:

Design – what strategies did we use based on the research?

We wanted to design a mostly positive campaign, one that was focused on the benefits of living a smoke-free life, rather than the negative impacts of smoking.

We wanted to leverage young people’s natural instincts to play, compete, challenge themselves, earn rewards, and share things with each other. Through competitions and other involvement, they are making an implicit commitment to themselves and their peers not to take up smoking, or to make better choices about smoking right now.

We used good examples set by peers and influencers.

We reinforced commitment by getting young people to write down a message about smoking and encouraging to share it over social media.

We wanted to let young people know that most people don’t smoke, smokers want to quit, and that it is not a normal part of growing into an adult.

We talked about the immediate benefits of not smoking (fitness, good looks! etc) as well as the immediate negative effects of smoking.

We wanted to help young people understand the power imbalance of addiction.

We used a holistic approach where healthy lifestyles can support positive behaviour.

Nunkuwarrin Yunti is continuing to get kids involved so they have the opportunities to share stories and experiences and learn from each other.

We hope that the effect will be to encourage and enable young people to make better choices for themselves about smoking.

To find out more:

Don’t let your dreams go up in smokes! is a campaign being run by Nunkuwarrin Yunti of South Australia – a community controlled health organisation committed to providing culturally appropriate health care and community support services to Aboriginal and Torres Strait Islander people in the Adelaide region. 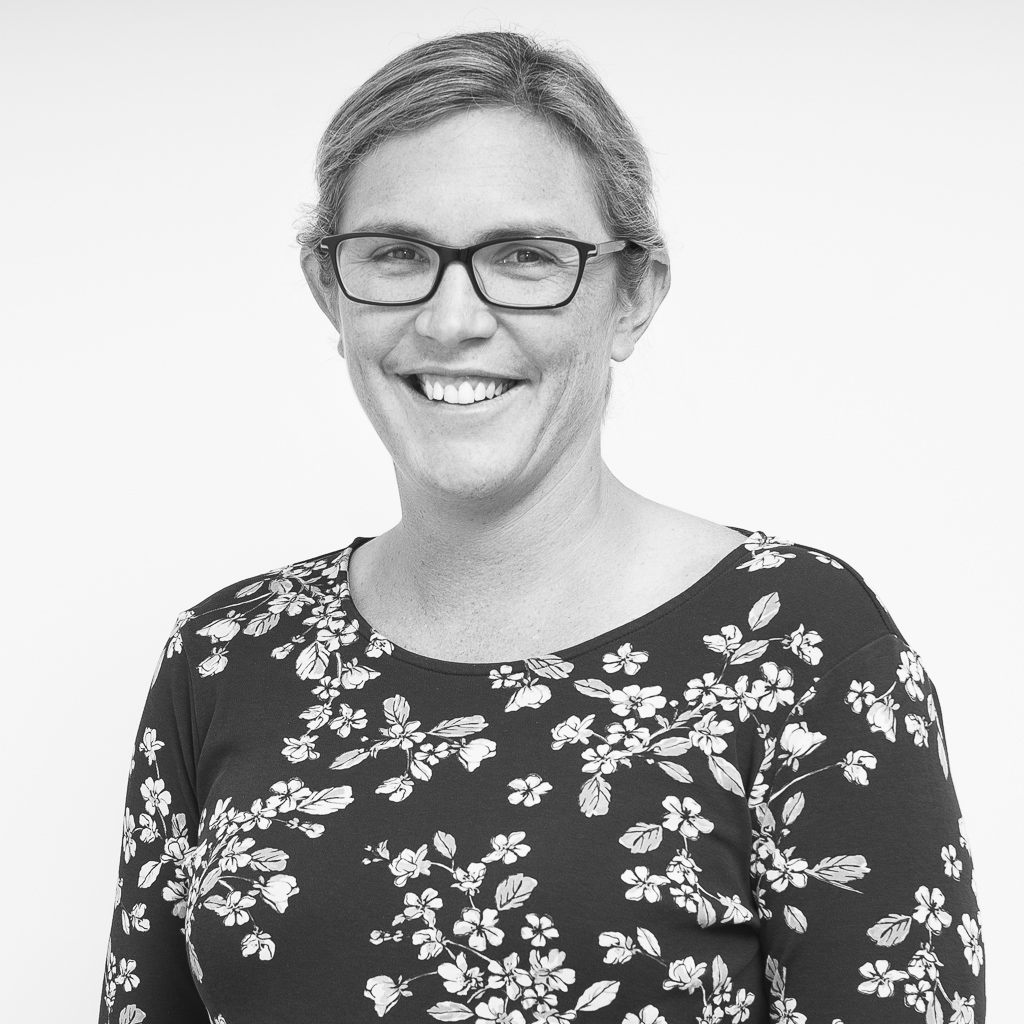